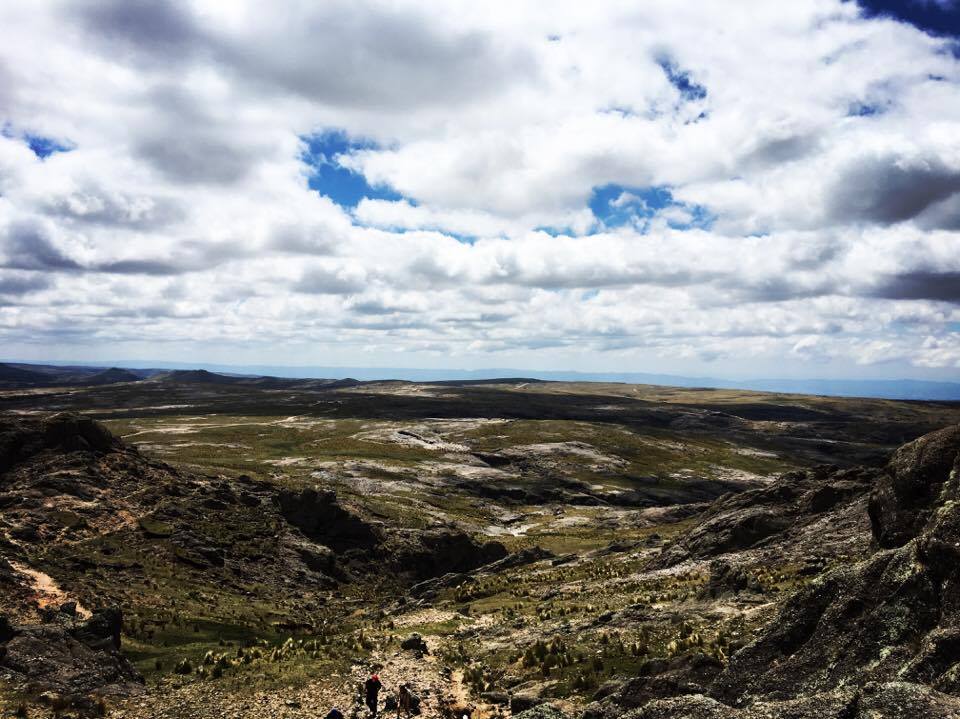 Hey everyone! I’m Braeden (or “el yanqui” as I’m called here because no one can pronounce my name), and this is the first post in this blog which I hope to use as a way to share pictures and stories from my gap-year here in the land of wine, steak, and criollos (both the food and the racial group)!

I’m living in the province of Córdoba in the central-northern region of the country, about 700km from Buenos Aires (yeah, I use metric now).

<—Here’s a map of Argentina with my province highlighted because I’m 100% sure you have no clue where it is and will likely forget seconds after seeing this picture.

Córdoba Capital, –thanks to that year of Spanish you slept through in high school I’m sure you’ll be able to figure out that this is the capital of Córdoba– is a city of roughly 1.5 to 2 million people and is widely recognized as the party-central of Argentina. I live about an hour and 15 minutes from the city center by bus, in a small town named Unquillo. Although a small town it may be, I really appreciate my time here as well and have made some great friends.

The 21st of October marked my second month here in Argentina, which was a shocking realization. Time here seems to go both very quickly and very slowly at the same time, because each day is so full that it feels quite long, but because I’m usually pretty busy I look back and it’s all a hectic blur.

On an average weekday down here in the Central-North of the Southernmost South American Country, I normally wake up between 8:45 and 9:15 to get to my work right on time at 9 o’clock . . . Argentinian time works differently because as long as you arrive within half an hour of the time you said you’d be there by, nobody cares because they won’t be there yet either. After a coffee or a tea and a pleading question of “what time is work today” (pronounced: get out of the house) from my host father, I groggily trudge over to the radiostation 4 blocks away.

I arrive and greet my boss, José, with a handshake and a kiss on the cheek, then sit down and prepare myself a Mate (You can learn more about this MIRACLE ENERGY DRINK here in a clip from Doctor Oz who is totally reliable and not at all a total fraud). This is an herbal tea, and it really is an acquired taste, but at this point I’m not sure how I’ll survive without it back in the U.S. It’s an important cultural tradition to sit together and share a mate; it fosters conversation and is a great energy boost. After that, I hop on my computer and start my day.

I’ve been writing articles (albeit slowly) in Spanish, then I have José check for grammar errors, which usually results in half the article being changed or completely erased, and finally once it is totally finished it is published on the Radio’s website under “Columnas de Opinión.” I have two there as of right now, but I’ve written quite a few more that weren’t published due to miscommunication. Although frustrating, that situation forced me to actually advocate for myself making sure my articles are uploaded and this is partially why I chose to start the blog; I felt I would be more likely to be successful taking things into my own hands.
PS: if you’re interested in listening to the radio program go to the website and click on “ESCUCHANOS EN VIVO” to listen live.

Work ends at 1:00 PM, and then I’m on my way back home for lunch with my host family and my fellow housemate, Barbara. Hailing from Newcastle, England, Barbara is working on the teaching project in Rio Ceballos, the town next to mine. I’ll be completely honest and say when I was first told that a retired doctor from Britain would be coming to share the house with me for a month I was definitely skeptical of how well we’d get along, but Barbara has been a great friend and we’ve had quite a time here. This is her last full week here in Unquillo and I’ll miss her dearly when she takes off for Buenos Aires on the 2nd of November.

On Mondays, Tuesdays, and Thursdays, I finish lunch and jump on the next bus to the capital to give English classes at a school on the outskirts of the city. Wednesdays are my siesta days where I get to sleep after lunch, although this doesn’t end up happening as often as I’d prefer. On these rare free days I spend time with my friends here in Unquillo, high school students who I met during their internships at the radio.

Weekends are a lot less predictable, sometimes I go to the club on Friday night, get back home at 7 in the morning on the next day and spend the rest of the day recuperating and asking myself “why did you go out last night.” Then, I head out again. Rinse.  Repeat.

HOWEVER; LOVELY FAMILY MEMBERS WHO ARE NOW WONDERING WHY THEY LET ME TAKE THE YEAR OFF, FEAR NOT: I have gone to some seriously beautiful areas as well.

My first real trip was a weekend expedition to Villa General Belgrano and La Cumbrecita, two immigrant towns with mixes of Dutch, German, Spanish and Swiss descendants. The village really is gorgeous.

Plus, I got to see my German friends squirm at the sight of all the horribly inaccurate stereotypes displayed throughout the town during Oktoberfest; a 6’5″ German man’s disdainful glare at a group of Argentinian girls wearing “sexy lederhosen” and Viking helmets (complete with detachable wool beards) is a sight to remember.

La Cumbrecita, a small mountain village an hour from Villa General Belgrano, was my first hiking experience here in Argentina; the bar was set pretty high.

My absolute favorite part was the waterfall at the top of the mountain. It was a pretty chilly day, cloudy and misty, but the fog cleared as we got to the top just long enough for me to snap this:

I have also gone hiking in Los Gigantes, a set of mountains about 2 hours from the capital, which was absolutely amazing (although by the end I realized why sunscreen was created and why I should use it).

My most recent trip was to Mendoza, a ten-hour bus ride from Córdoba Capital and the Province known for terrible dust storms and amazing wine, a potentially deadly combination. On Saturday we had a fancy wine tour and a great dinner in the city. I thought it was Peruvian the whole time but, turns out the menu was just in Spanish slang . . . whoops . . .

reasons: 1.) I still am afraid of horses, so I was prepared to get bucked off at any minute, 2.) I WENT HORSEBACK RIDING UP A MOUNTAIN AT THE FOOT OF THE ANDES . . . I guess what I’m trying to say is that I’m a cowboy now.

Now I’m back in Unquillo, I spoke on air today about the earthquakes in Italy and tomorrow will speak as well, although I’m not sure what I’ll be focusing on. That’s all for now folks, I’ll add and share my next blog post as soon as I’ve got time! Happy Halloween- beware of the clowns.

Hailing from Waldoboro, Maine, Braeden Waddell is a junior at American University studying Journalism and Latin American area studies. Waddell is an avid podcast listener, an aspirational chef, and a two-wheeled transportation enthusiast currently suffering a minor setback. His long-term career goal is to work as an investigative reporter for a podcast similar to Post Reports, Reveal, or In The Dark. His choice to attend American University was inspired by desperate need to leave his 5,000-person town in rural Maine and enjoy the benefits of modernity he lacked at home, such as a cable internet and being able to go to a grocery store without seeing upwards of five people from his high school. Fun fact: Waddell only learned to ride a bike 3 weeks ago. Fun fact 2: While Waddell loves to cook, he is less knowledgeable with the art of baking. He can only bake one thing: Banana Bread. But, it’s damn good banana bread. View all posts by Braeden Waddell

Follow this link for a couple photo albums filled with pictures from my travels. http://elyanqui.imgur.com/